Moral Judgment Debate is a classroom method that offers a hybrid between debate and discussion. It does not exist in competitive high school or university tournaments. Use this format whenever you want to debate philosophical questions. For a longer, more structured form of philosophical debate, look at “Lincoln-Douglas Debate”(or “LD”), which is a 40-minute long format used in academic debate competitions. This guidance sheet is for beginners getting started or for those interested in incorporating debate as an activity or exercise.

Protocol:
The goal of this style of debate is to explore multiple sides to a philosophical question. It takes place in groups of three, where one person represents the “pro” side, another represents the “con” side, and the final person is the “judge”. Unlike other forms of debate, the judge has a speaking role in this format and gives a speech in the middle of the speech as well as the end of the speech, in addition to asking elaboration questions. By giving a speech in the middle of the debate, the judge has to “reveal” or articulate current thinking, which challenges the debaters to adapt to focus their closing speeches on issues most central to the judge's decision. In total, this debate is 15 minutes in length (25 minutes total with preparation time).

Moral Judgment Topics:
Topics in this format are always worded as a question. Some examples include:

In addition to searching for “philosophical debate questions” for more topics, you can also specifically focus on different types of morality. These philosophies are obviously much more complex than articulated here, but can include:

Opening Case Example:
The structure for an opening speech is similar to most styles of debate, including the Parliamentary Debate format, except that it focuses even more on defining key values: 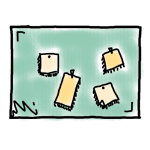